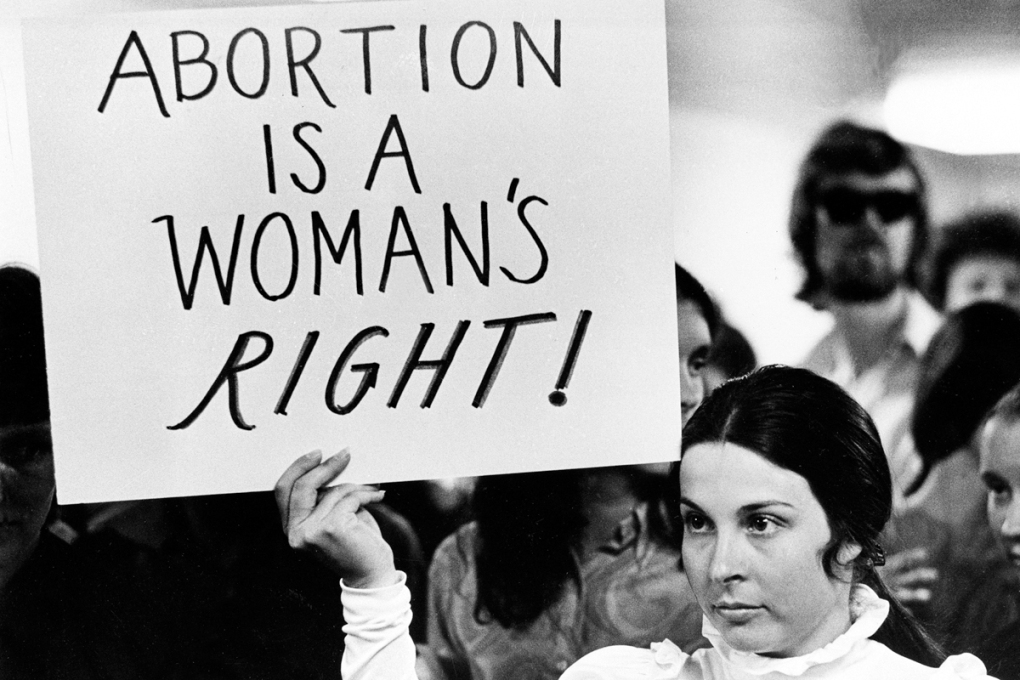 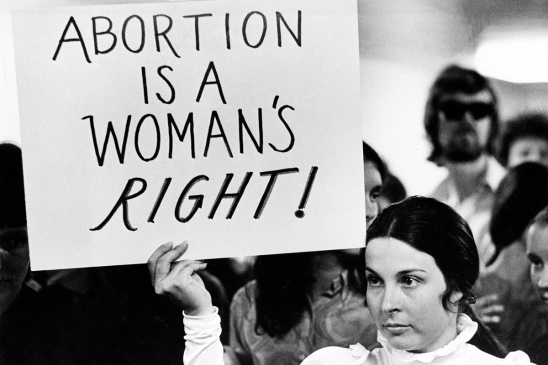 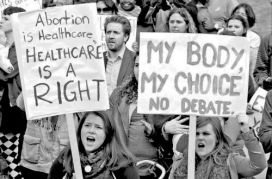 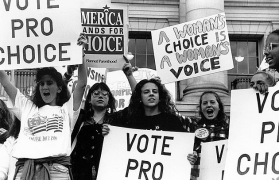 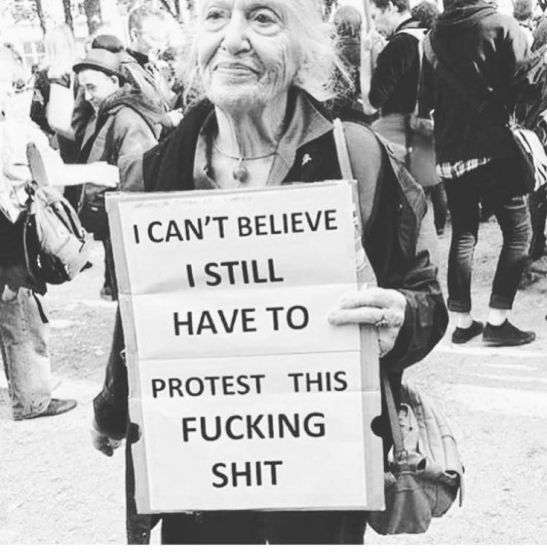 OK,  after several weeks with no posts I am finally writing my weekly rant! I’ve been collecting snippets of edited diatribes in responses to Facebook and Twitter posts, intending to formulate them into some sort of cohesive singular “rant” each week, but out of context, they are hard to follow and often change course midstream-such is the way of the Tisha-rant! Still, I think it’s better I post these things here than bombarding unsuspecting FB friends with repetitive, vitriolic ranting.

Oh, and while you are here, please stick around to check out the article my 17-yr-old budding-feminist daughter wrote on activism and reproductive rights, or better still, post a comment yourself or submit a piece of your own if you like. I’ll  happily post it for you, and probably ask you for a few more!!

On to the article:

If every woman who’s had an abortion took tomorrow off in protest, America would grind to a halt. And that would be symbolic: because women grind to a halt if they are not in control of their fertility.
—Caitlin Moran

I started responding to the plethora of posts and comments about Hillary Clinton and sexism recently without realizing the context of the day- the rueful legislation passed by Congress marginalizing women and the LGBT community. Awareness of this was quickly followed by the typical onslaught of attacks on progressives and Bernie Sanders by Hillary supporters and centrist Democrats still upset over mythical sexism and divisiveness caused by Bernie and all us angry “Bernie Bro’s” that no one can ever find. We simply disappear into the ethereal mist of hot air coming from their vehement attacks while ignoring (at least for the moment) the real sexists and gender-oppressors of the day sitting in Congress and our misogynistic, sexist, racist, TRULY divisive president, the orange-man Mr. T who instigated this attack against  our right to govern our own bodies. 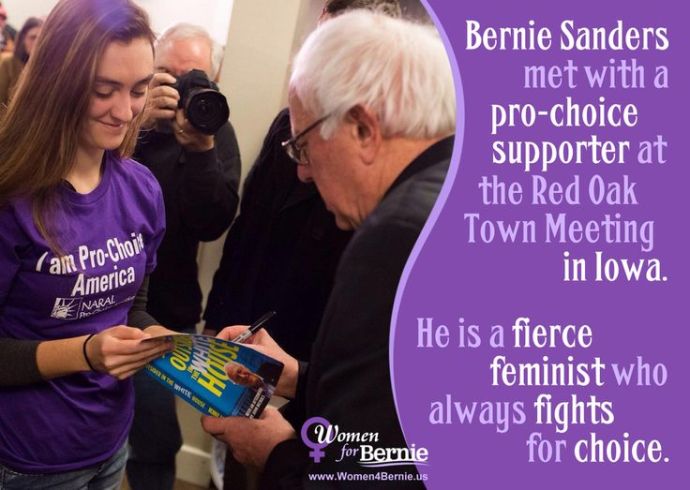 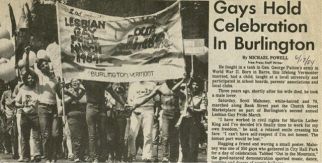 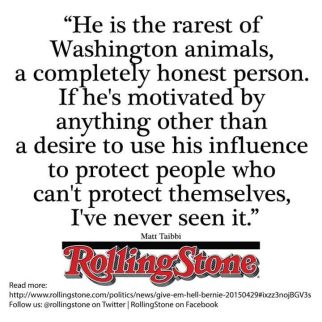 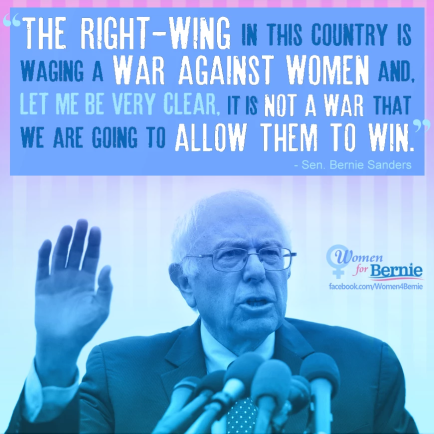 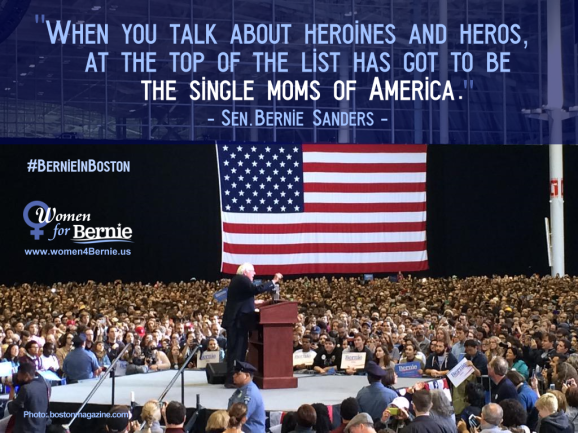 I suppose it would be too much to ask that this strong opposition to sexism be aimed at the actual sexists who passed the unconstitutional legislation rather than the people who are fighting the hardest for gender equality protections and reproductive rights with Medicare-for-all coverage that includes ALL women’s health and reproductive needs, not just the ones a bunch of non-medical doctor in Congress decides is important.

Or, maybe at least for the moment, you can lay off the attacks against someone as they stand up for our healthcare rights and strong opposition against this kind of horrible legislation ( not to mention who hold a consistent 100% rating on the support of women’s rights issues as a legislater). It’s rather ironic seeing all these Bernie Sanders posts and tweets today condemning the utterly disappointing legislation congress just passed, championing the importance of protecting women’s rights, and  access to adequate, affordable health care coverage that actually includes abortions, gynecological exams, and contraception alongside these erroneous claims from neo-liberal centrists attacking  Bernie for his sexism and divisiveness. Bernie has never once, to my knowledge, responded to any of these inflammatory remarks, but rather continues to focus his and our attention on vital issues like these instead. 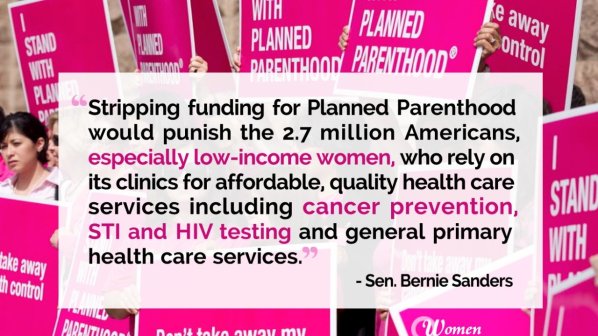 I know many of us, (myself included) from all sides of the issues can get caught up in arguments and reactionary responses to each other over our various forms of social media, but I got to say, Bernie Sanders is the least incendiary politician around when it comes to personal attacks or smearing. But if it makes you feel better to rail against the person leading the fight for Medicare for all, and promoting equal pay and opportunity for  women, affordable access to childcare for working families, and extended paid leave during illness or after giving birth-for both parents, rather than the sexist racist a-holes in congress and the white house who passed legislation that violates our civil liberties and protections and risks both the health and well-being of many  women around the country, especially the already marginalized, low-income women underserved in rural areas, as well as members of the LGBT community, well, then knock yourself out, I guess.

You’ll understand,  of course, if I and thousand of others think your machinations are ridiculous. 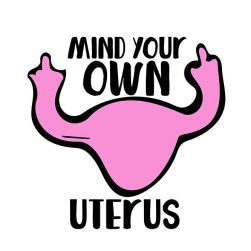 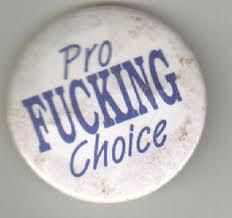 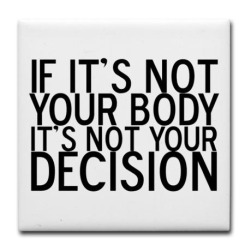 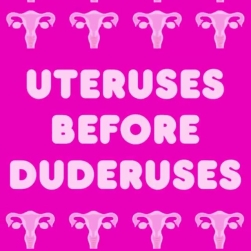 Onto Hillary and sexism:

The decision whether or not to bear a child is central to a woman’s life, to her well-being and dignity. When the government controls that decision for her, she is being treated as less than a full adult human responsiblefor her own choices.

I started the day rebuking the idea that sexism was the main reason Hillary lost the election. Why we are still debating this or why I continue to get caught up in the debate are beyond me. Still, in light of recent events I’ve had to rethink my position a little. While I do not think it a prudent idea to marginalize gender-inequality in any way I do think there was more than sexism involved in why she lost the election. I also think fake feminism claims that hold Hillary Clinton up as the poster child for women’s rights and gender-equality issues is a bit of a stretch and maybe even harmful. Any sane person knows Hillary has never been exemplary on ANY issue, nor has she been consistent. 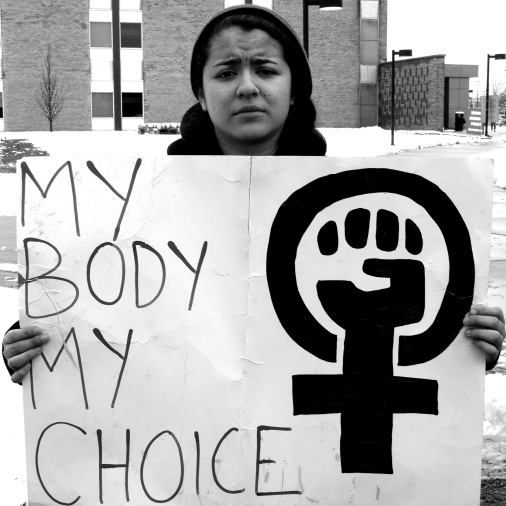 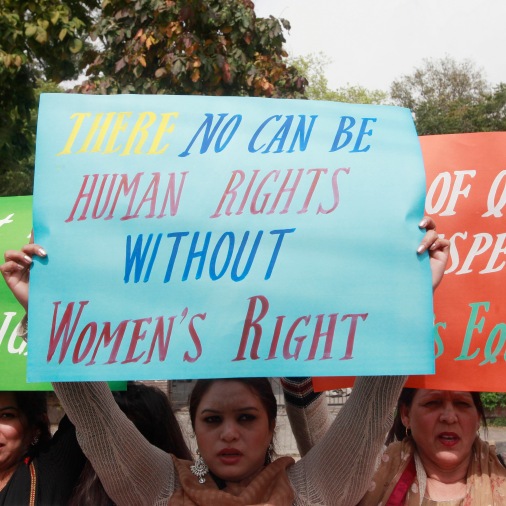 While she’s offered some important gains for women over equal pay and support of Planned Parenthood, when it comes to women’s rights and LGBT issues, the Lilly Ledbetter Fair Pay Act notwithstanding,   Hillary has otherwise flipflopped. She’s changed her views more than once over LGBT protections and even waffled on reproductive health and pro-choice, at times. She supported significant policies like DOMA  and Doesn’t Ask, Don’t Tell, and waited until 2014 to come out in support of same-sex marriage and has been open to negotiations with rightwing Republicans when (and if)  they propose “reasonable”  changes to abortion rights.

Still, she isn’t  the reason Republicans are attacking our reproductive rights so that’s enough about Clinton on this issue, and instead, let’s start pushing back on what Congress and Trump are doing to our rights and civil liberties.

Forgetting, for a moment that this is a women’s health issue and not one that politicians without medical degrees or a vagina are qualified to make decisions on, it’s also, at least for the present, a protected right and not up for negotiation. We have to stop allowing legislators, especially sexist, out-of-touch male Republicans with anti-abortion crusader oppressive agenda’s to continue to think that what, who, how, when, where, if or why I do anything with my own body is any of their damn business. 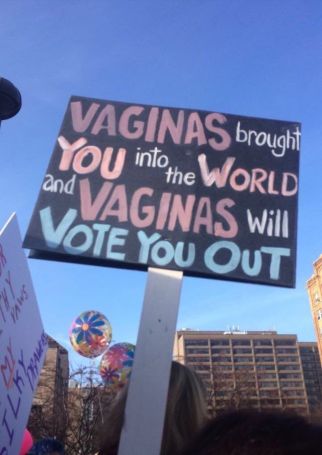 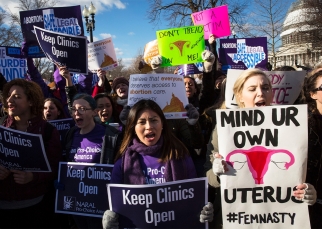 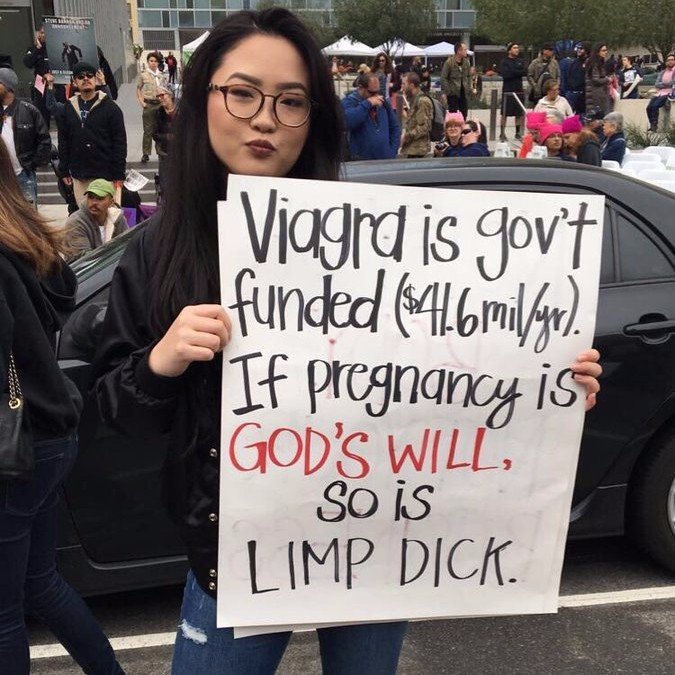 How about, just for a day, we regulated the choices those 25 republican men decided for us without including a single woman in their negotiations on what THEY can do with their penises, or how about we pass  some legislation of our own  to control their reproductive and sexual health, and let’s face it, our basic human rights to decide if or when we become mothers and what decisions, if any,  we have about preventing pregnancies. What they’ve done hasn’t just taken away our health coverage, it’s taken our choices as well about what we can do with our bodies sexually and given those choices to sexist men intent on oppressing women. So if turn around is fair play, how about we set the limits for them on what they can or can’t decide about their reproductive and sexual organ and if they’re allowed to have sex outside of marriage without risking pregnancy or being fired for trying to prevent one without insurance for birth control. How about we take away their access to the plethora of health issues related to their sexual and reproductive organs and system, starting with viagra which is still covered by their healthcare plans, and condoms, while we’re at it. How about we prevent them from being treated for any of the sexually-transmitted diseases that Planned Parenthood offers that make up more than half their annual budget every year,  and lets throw in some other issues similar to what hospital maternity costs will be without any insurance and the restrictions to our access and ability to treat some of the other reproductive/sexual conditions now limited to us from.  Here are a few suggestions:

~ Feel free to add your own additions to the list. 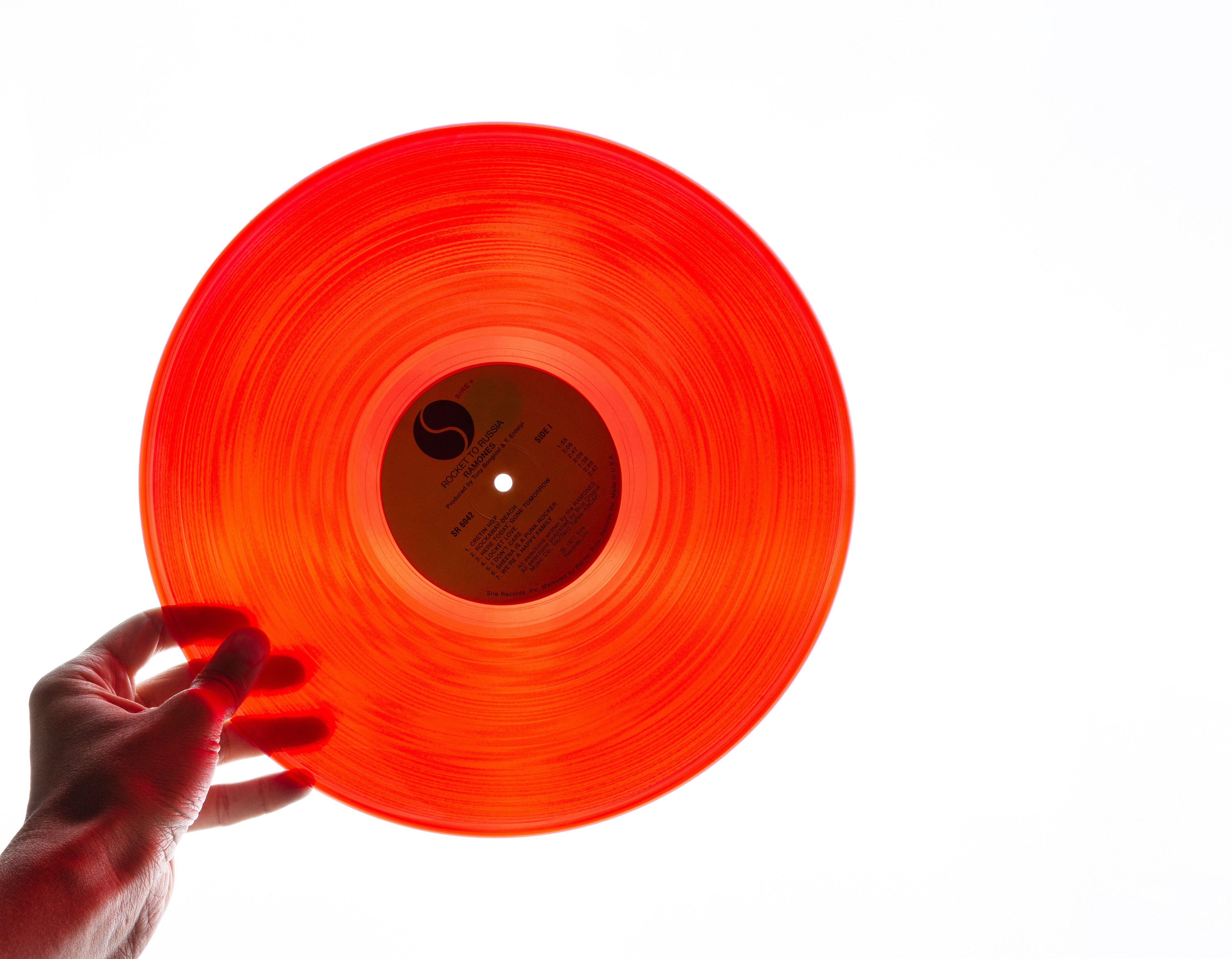 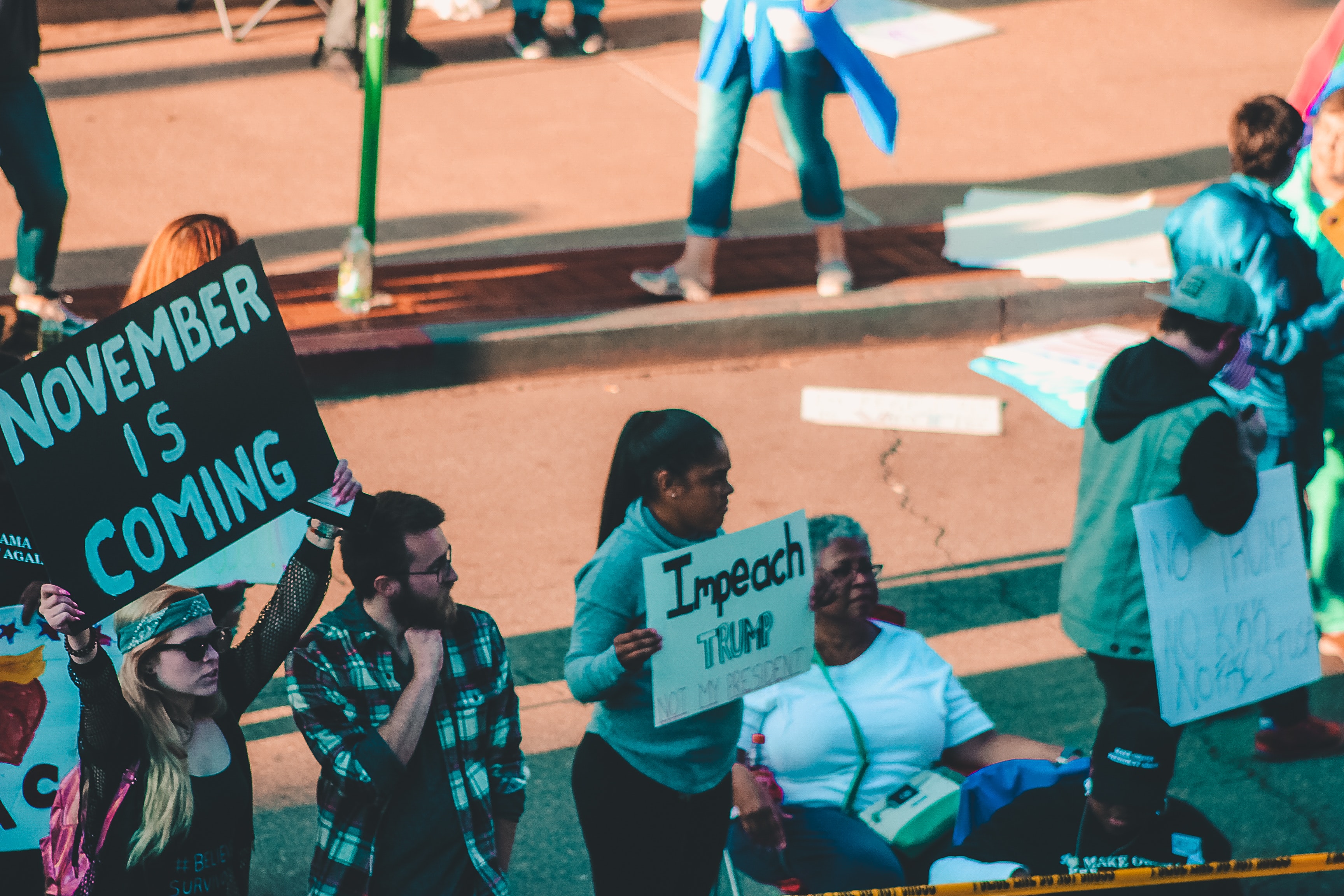 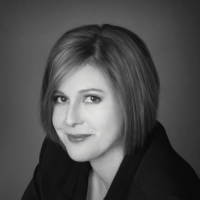 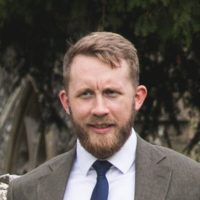